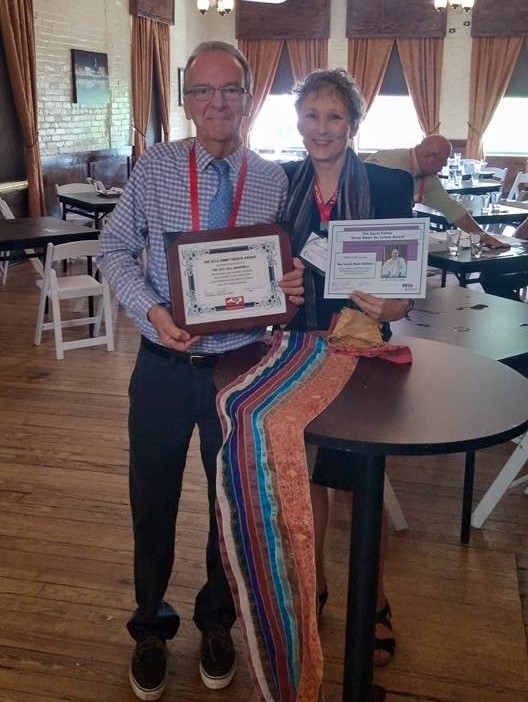 Our keynote speaker was Matthew Berrymen, Executive Director of Reconciling Ministries Network. We also heard from Reverend Steve Clunn who is the Coordinator for Love Your Neighbor Coalition who talked briefly about preparations for General Conference in 2016.

We also gave two awards. One to Reverend William Braswell, the Jimmy Creech Award for Prophetic Ministry, for his courageous stance on behalf of dialogue on difficult issues and for full inclusivesnes. And the other to Laurie Hays Coffman the Gayle Felton Drum Major for Justice award for courageous stance on a whole bunch of issues but particularly LGBTQI inclusiveness.